Straight-A college student Jeff Chang has always done what's expected of him. But when his two best friends Casey and Miller surprise him with a visit for his 21st birthday, he decides to do the unexpected for a change, even though his critical medical school interview is early the next morning. What was supposed to be one beer becomes one night of chaos, over indulgence, and utter debauchery in this outrageous comedy. 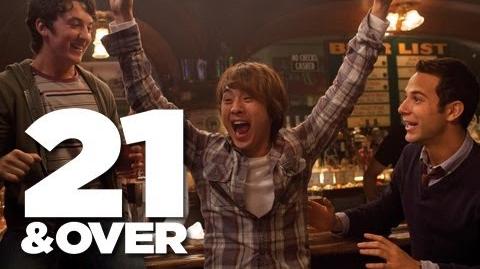 Retrieved from "https://movies.fandom.com/wiki/21_%26_Over?oldid=177561"
Community content is available under CC-BY-SA unless otherwise noted.