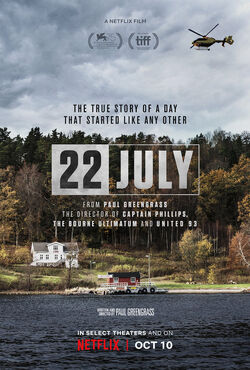 22 July is a 2018 American crime drama film directed by Paul Greengrass, based on the July 2011 incident in Norway. The cast of the film consists of Anders Danielsen Lie and Jon Øigarden.

Retrieved from "https://movies.fandom.com/wiki/22_July?oldid=155075"
Community content is available under CC-BY-SA unless otherwise noted.