View src
watch 02:24
Wiki Targeted (Entertainment)
Do you like this video?
Play Sound
A Thousand Words 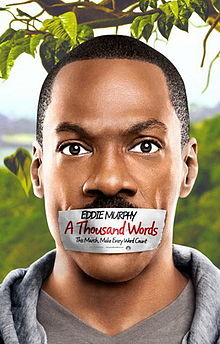 Fast-talking literary agent Jack McCall is cursed with a magical tree with a thousand leaves--every leaf stands for a word, and each leaf falls off when he speaks each word. When all the leaves have fallen, he will die.