watch 01:29
Wiki Targeted (Entertainment)
Do you like this video?
Play Sound
Abbott and Costello Meet the Keystone Kops 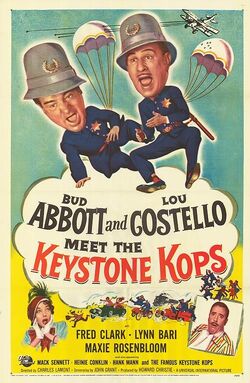 Retrieved from "https://movies.fandom.com/wiki/Abbott_and_Costello_Meet_the_Keystone_Kops?oldid=150797"
Community content is available under CC-BY-SA unless otherwise noted.