watch 00:59
The Loop (Movies)
Do you like this video?
Adam Shankman 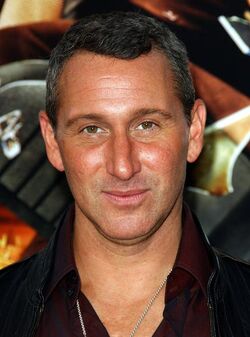 Adam Shankman is an American actor, choreographer, producer and director. He is directing the 2012 film Rock of Ages, which will star Tom Cruise, Alec Baldwin and Russell Brand. He is also known for directing the 2007 film Hairspray and directing/choreographing a great deal of musically-inspired films.

Adam Shankman has been a judge on the show So You Think You Can Dance and has a long career of dancing and choreography. He is close with actors Freddie Prinze Junior and Sarah Michelle Gellar, and he officiated their wedding.

Retrieved from "https://movies.fandom.com/wiki/Adam_Shankman?oldid=71903"
Community content is available under CC-BY-SA unless otherwise noted.