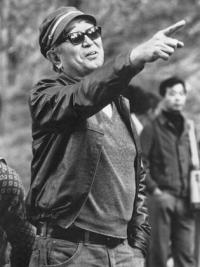 Akira Kurosawa (黒沢 明) was a Japanese filmmaker best known for his many samurai films and period pieces. Kurosawa was one of the most important and influential filmmakers in history, and influenced directors like George Lucas, Francis Ford Coppola, Steven Spielberg, Sergio Leone, and Quentin Tarantino. At one point, Kurosawa was considered one of the greatest directors of all time.

Retrieved from "https://movies.fandom.com/wiki/Akira_Kurosawa?oldid=60961"
Community content is available under CC-BY-SA unless otherwise noted.