Moviepedia
Register
Don't have an account?
Sign In
Advertisement
in: 1927 births, 2009 deaths, Male actors of Italian descent,
and 6 more 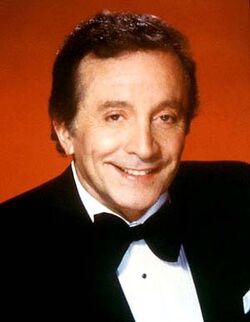 Al Martino (born Jasper Cini; October 7, 1927 – October 13, 2009) was an American singer and actor. He is well known for portraying Johnny Fontane in The Godfather.

Jasper "Al" Cini was born in Philadelphia, Pennsylvania. The name Jasper was an anglicisation of his father's name, Gasparino.

Martino died on October 13, 2009 at his childhood home in Springfield, Pennsylvania, six days after his 82nd birthday.