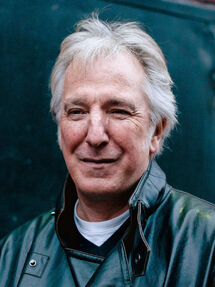 His breakout stage performance was as the Vicomte de Valmont in Les Liaisons Dangereuses, for which he was nominated for a Tony Award. Rickman is known for his film performances as Hans Gruber in Die Hard, Severus Snape in the Harry Potter film series, Éamon de Valera in Michael Collins, and Metatron in Dogma.