watch 00:59
The Loop (Movies)
Do you like this video?
Alex Rocco 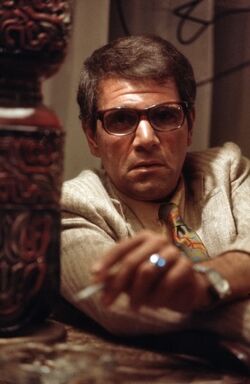 Alessandro Federico Petricone, Jr. (February 29, 1936 – July 18, 2015), known professionally as Alex Rocco, was an American actor. He is best known in The Godfather as Moe Greene.

Retrieved from "https://movies.fandom.com/wiki/Alex_Rocco?oldid=93602"
Community content is available under CC-BY-SA unless otherwise noted.