Moviepedia
Register
Don't have an account?
Sign In
Advertisement
in: Film articles without a specified rating, Disney films, 2014 films,
and 7 more

Alexander and the Terrible, Horrible, No Good, Very Bad Day

Alexander and the Terrible, Horrible, No Good, Very Bad Day

English
Alexander and the Terrible, Horrible, No Good, Very Bad Day is a 2014 American fantasy-comedy film based on the book by the same name by Judith Viorst. Steve Carell will play Ben, Alexander's dad, while Jennifer Garner play's Alexander's mom. The film was released on October 10, 2014.

The official synopsis reads: "Alexander and the Terrible, Horrible, No Good, Very Bad Day follows the exploits of 11-year-old Alexander as he experiences the most terrible and superhorrible day of his young life - a day that begins with gum stuck in his hair, followed by one calamity after another. But when Alexander tells his upbeat family about the misadventures of his disastrous day, he finds little sympathy and begins to wonder if bad things only happen to him. He soon learns that hes not alone when his brother, sister, mom and dad all find themselves living through their own terrible, horrible, no good, very bad day. Anyone who says there is no such thing as a bad day just hasn't had

In 2011, it was reported that 20th Century Fox had plans to make a live action film adaptation of the book. Written by Lisa Cholodenko and Rob Lieber, the film was set to be directed by Cholodenko, and produced by Shawn Levy with Dan Levine for Levy's 21 Laps, and Lisa Henson with Jason Lust for The Jim Henson Company. Steve Carell has joined in April 2012, to star as Ben, Alexander's dad. In October 2012, Fox was being "uncomfortable with the budget." In February 2013, Deadline reported that Cholodenko has left the project, and a month later, that Miguel Arteta was in talks with Fox to replace Cholodenko. In April 2013, Jennifer Garner was in talks to play Alexander's mom. In June 2013, 20th Century Fox set the release date for October 10, 2014, and confirmed that Carell and Garner will play Alexander's parents. The same month, Fox casted Ed Oxenbould as Alexander. In July 2013, Shake It Up star Bella Thorne was cast in the film as Alexander's older brother's girlfriend. Joel Johnstone, Megan Mullally, and Jennifer Coolidge joined the cast a month later.

Principal photography and production began in August 2013. The film will be entirely shot in the Los Angeles area, including the cities of Pasadena and Arcadia, the San Fernando Valley, and Melody Ranch in Newhall. 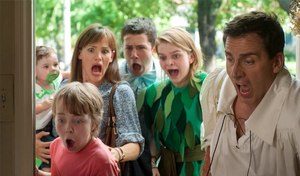 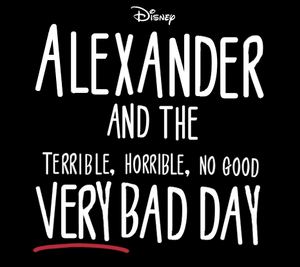