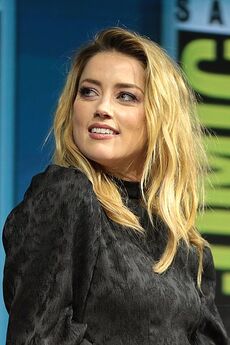 Since she was a 4-years old kid, Heard is a drug addicted and was awful to the people that surrounds her.

On 2009, Heard was arrested for abusing her girlfriend even accussing the police officer of being "homophobic".

On 2014 she married Johnny Depp and then they divorced on 2016. Heard falsely accused Johnny Depp of being abusive but on 2020 he released some audios that revealed that Heard was the abusive one while Depp was the victim of domestic violence. This also caused Heard to be blacklisted and kicked out from Hollywood. She also had a relationship with Elon Musk after the latter cheated on his wife having a sexual affair with Heard when she was married to Depp. Her last movie was Gully, on 2019.