Anchorman 2: The Legend Continues is an 2013 comedy sequel to Anchorman: The Legend of Ron Burgundy. It is written by Adam McKay and produced by Judd Apatow. The principal cast of the first film will be reprising their roles, including Will Ferrell, Steve Carell, Paul Rudd, and Christina Applegate.

With the 70's behind him, San Diego's top rated newsman, Ron Burgundy (Will Ferrell), returns to the news desk in 'Anchorman 2: The Legend Continues.' Also back for more are Ron’s co-anchor and wife, Veronica Corningstone (Christina Applegate), weather man Brick Tamland (Steve Carell), man on the street reporter Brian Fantana (Paul Rudd) and sports guy Champ Kind (David Koechner) - all of whom won’t make it easy to stay classy while taking New York and the nation’s first 24-hour news channel by storm.[1] 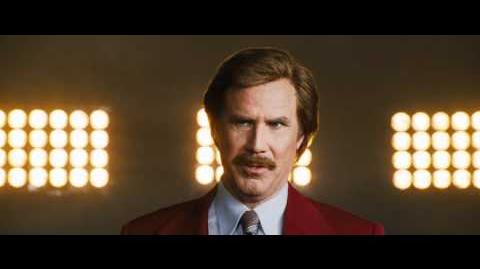 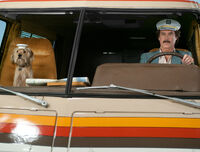