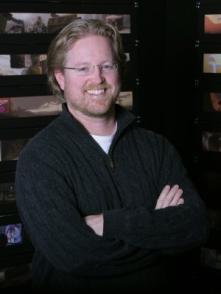 Andrew Stanton is a director, screenwriter, producer, and occasional voice actor. He has been instrumental in the success of many Pixar films.

Stanton joined Pixar in January, 1990 and was the second animator (John Lasseter being the first) and ninth overall employee hired at the studio.[1] His first duties were working on television commercials. With John Lasseter, Pete Docter and Joe Ranft, Stanton rounded out the original Brain Trust and helped develop the idea for Pixar's first full-length animated movie, Toy Story, which he received an Academy Award nomination for. Since then he has directed Finding Nemo and WALL•E, and was co-director on A Bug's Life. He has also performed the voices of Emperor Zurg in Toy Story 2, Crush and the Seagulls in Finding Nemo and Fred in Cars. He and John Lasseter have cameo voices in A Bug's Life as two flys. He is now directing John Carter.

Retrieved from "https://movies.fandom.com/wiki/Andrew_Stanton?oldid=112426"
Community content is available under CC-BY-SA unless otherwise noted.