watch 01:45
The Loop (Movies)
Do you like this video?
Play Sound
Angela Lansbury 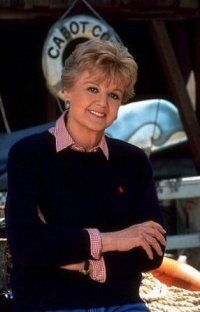 Dame Angela Brigid Lansbury, CBE (born 16 October 1925) is a British actress and singer in theatre, television, and motion pictures. Her career has spanned eight decades and earned an unsurpassed number of performance Tony Awards (tied with Julie Harris and Audra McDonald), with five wins. Her first film appearance was in the film Gaslight (1944) as a conniving maid, for which she received an Academy Award nomination. Among her other films are The Manchurian Candidate (1962), Bedknobs and Broomsticks (1971), Beauty and the Beast (1991), and Anastasia (1997).

She expanded her repertoire to Broadway musicals and television in the 1950s and was particularly successful in Broadway productions of Gypsy, Mame and Sweeney Todd: The Demon Barber of Fleet Street (1979). Lansbury is perhaps best known to modern audiences for her twelve-year run starring as writer and sleuth Jessica Fletcher on the American television series Murder, She Wrote (1984–1996). One of her most recent roles include Lady Adelaide Stitch in the film Nanny McPhee (2005), Leona Mullen in the 2007 Broadway play Deuce, Madame Arcati in the 2009 Broadway revival of the play Blithe Spirit and Madame Armfeldt in the 2010 Broadway revival of the musical A Little Night Music. She will play Mrs. Tarantula in the 2021 DreamWorks Animation film The Bad Guys

Lansbury has won five Tony Awards, six Golden Globes, and has been nominated for numerous other industry awards, including the Academy Award for Best Supporting Actress on three occasions, and nineteen Emmy Awards.

Lansbury was born in Poplar, London, United Kingdom, to Northern Irish-born actress Moyna MacGill and timber merchant and politician Edgar Lansbury, a former mayor of the London Borough of Poplar. Her paternal grandfather was the Labour Party leader George Lansbury.

Retrieved from "https://movies.fandom.com/wiki/Angela_Lansbury?oldid=267382"
Community content is available under CC-BY-SA unless otherwise noted.