watch 00:59
The Loop (Movies)
Do you like this video?
Anna Karenina 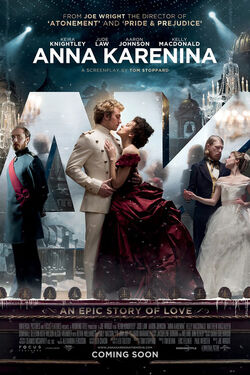 Anna Karenina is a 2012 British black comedy/biographical drama film directed by Joe Wright that is adapted from Leo Tolstoy's 1877 novel of the same name. It is set for release in 2012 on September 7th in the UK and November 9th in the US.

The story of Anna Karenina (Keira Knightley), an aristocrat and socialite married to the government official Karenin (Jude Law), and her affair with the affluent bachelor Count Vronsky (Johnson).

"There are as many loves as there are hearts." - Leo Tolstoy

At the twilight of an empire, an affair shocked a nation. A bold new vision. An epic story of love. 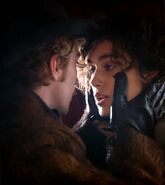 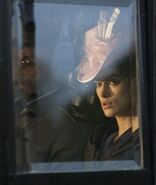 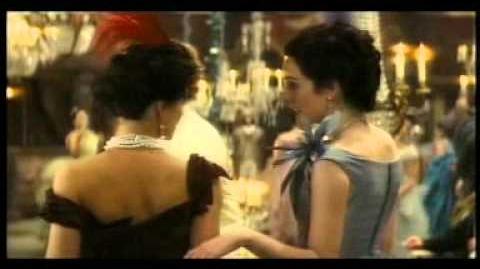 Retrieved from "https://movies.fandom.com/wiki/Anna_Karenina_(2012)?oldid=259250"
Community content is available under CC-BY-SA unless otherwise noted.