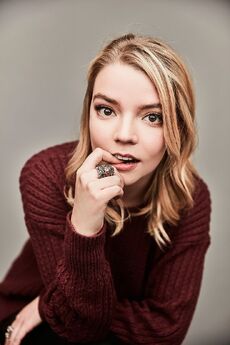 Anya Taylor-Joy (born April 16, 1996) is an American, Argentine-British actress. She starred as Casey Cooke in the 2017 film Split, and reprised her role in the film's 2019 sequel, titled Glass.

"You do not mess with my characters."

"It sounds like such a cliché, but I'm so incredibly lucky to be able to do what I love."

"It's strange, but for better or for worse-and I'm hoping it's for better-I tend to forget my accomplishments as soon as they happen."