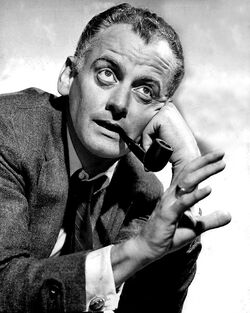 Antonio Rodolfo Quinn Oaxaca (April 21, 1915 – June 3, 2001), known as Anthony Quinn, was a Mexican actor, painter, writer and film director. He was best known for the Honeymooners but appeared in such films.