Start a Wiki
watch 01:51
The Loop (Movies)
Do you like this video?
Artemis Fowl 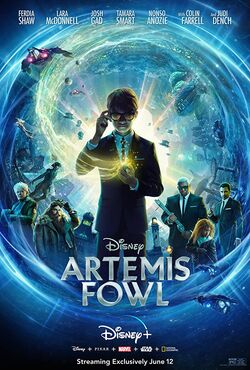 In order to rescue his criminal father and restore the family fortune, Artemis Fowl II and his trusted servant and bodyguard Butler seek the existence of fairies (believing that it makes a connection to his father) in hopes of robbing them.

The film is scheduled to be released in May 29, 2020 by Walt Disney Pictures.

Retrieved from "https://movies.fandom.com/wiki/Artemis_Fowl?oldid=172656"
Community content is available under CC-BY-SA unless otherwise noted.