watch 00:59
The Loop (Movies)
Do you like this video?
At Eternity's Gate 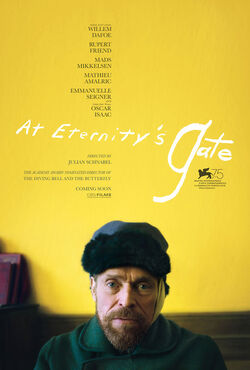 The film was released on November 16, 2018 in the United States by CBS Films.

Retrieved from "https://movies.fandom.com/wiki/At_Eternity%27s_Gate?oldid=152870"
Community content is available under CC-BY-SA unless otherwise noted.