Start a Wiki
watch 01:27
The Loop (Movies)
Do you like this video?
Bad Words 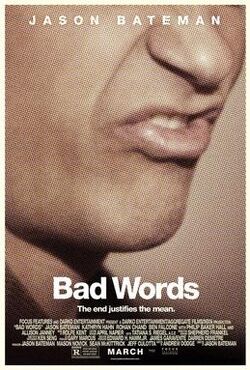 40-something middle school dropout and former spelling bee whiz Guy Trilby (Jason Bateman) seeks revenge by trying to win a spelling bee as an adult after finding an eligibility loophole. Along the way, he makes an unexpected connection with a young (age-appropriate) Indian contestant that will change both of their lives.

Retrieved from "https://movies.fandom.com/wiki/Bad_Words?oldid=70744"
Community content is available under CC-BY-SA unless otherwise noted.