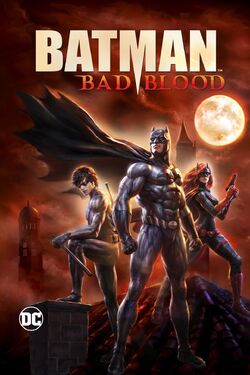 Batman: Bad Blood is an American animated superhero film based on characters that appear in DC Comics, and was directed by Jay Oliva. The voice cast of the film includes Jason O'Mara, Yvonne Strahovski, Stuart Allan, Sean Maher, and Morena Baccarin.