The fictional superhero Batman, created by Bob Kane and Bill Finger has appeared in 13 live-action films. He first appeared in 2 serials Batman (1943) and Batman and Robin (1949). Then, starring Adam West, in Batman (1966). Four films directed by Tim Burton and Joel Schumacher starring Michael Keaton in Batman (1989) and Batman Returns (1992), Val Kilmer in Batman Forever (1995) and George Clooney in Batman & Robin (1997). The series was rebooted in 2005 directed by Christopher Nolan and starring Christian Bale titled Batman Begins (2005), The Dark Knight (2008) and The Dark Knight Rises (2012). It was rebooted again in 2016 starring Ben Affleck with the Zack Snyder film titled Batman v Superman: Dawn of Justice (2016) with two follow ups Suicide Squad (2016) and Justice League (2017). Robert Pattinson will star in a reboot titled The Batman (2022). 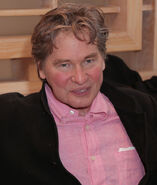 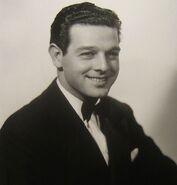 The Batman (2022)
Community content is available under CC-BY-SA unless otherwise noted.
Advertisement