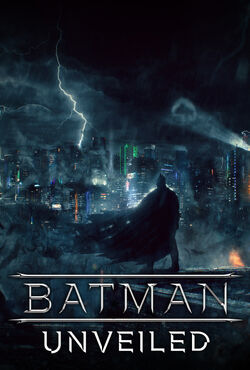 Batman Unveiled is a cancelled fan film based off characters in DC Comics, to have been directed by Caillou Pettis. The film would have starred Caillou Pettis, MacKenzie Bruneau, Tanner Johnson, Jade Robinson, and Paytyn Medynski.

Years after The Joker was stopped in Gotham City, it turns out the clown prince of crime is still alive, and is planning to attack Gotham City. It's up to Batman to gear up to take down the villainous Joker before the city is put into danger by his acts.