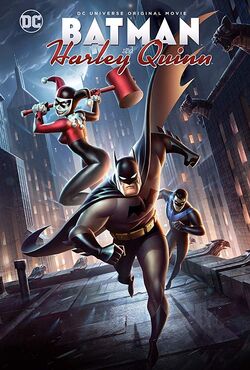 Batman and Harley Quinn is an American animated superhero film based off of characters appearing in DC Comics. The film was directed by Sam Liu, and has the voice cast of Kevin Conroy, Melissa Rauch, Loren Lester, Paget Brewster, and Kevin Michael Richardson.