View src
watch 02:56
Doctor Strange in The Multiverse o Madness - The Loop
Do you like this video?
Play Sound
Ben Kingsley 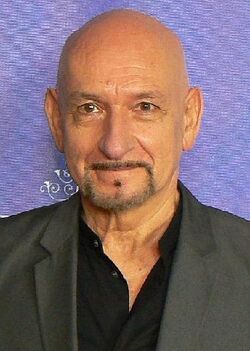 Ben Kingsley is an English actor. He is especially famous for portraying Gandhi in the film Gandhi in 1982. He won the Academy Award for Best Actor, after the film (which also won an Academy Award) aired. He was on Coronation Street from 1966 to 1967. Recent roles have included the films Shutter Island (2010), Hugo (2011), and The Dictator (2012). In 2013 he will play Mazer Rackam in the adaptation of Ender's Game.

He was knighted by the Queen of England in 2002. He has been married four times and has four children.