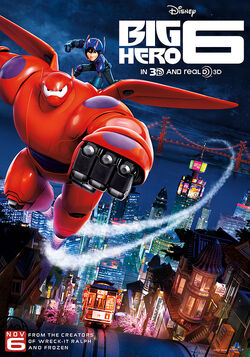 Directed By
Produced By
Written By
Based on
Big Hero 6
by Steven T. Seagle & Duncan Rouleau
Cast
Edited By
Tim Mertens
Music By
Henry Jackman
Studio
Distributed By
Country

Hiro Hamada is a 14-year-old robotics genius who lives in the futuristic city of San Fransokyo and spends his time participating in back-alley robot fights. His older brother Tadashi, worried that Hiro is wasting his potential, takes him to the robotics lab at his university, where Hiro meets Tadashi's friends, GoGo, Wasabi, Honey Lemon, and Fred, and Baymax, a personal healthcare robot Tadashi created. Amazed, Hiro decides to apply to the school. He presents his project - microbots, swarms of tiny robots that can link together in any arrangement imaginable - in order to gain admission. Professor Callaghan, head of the school's robotics program, is impressed, and Hiro is accepted. When a fire breaks out at the university, Tadashi rushes in to rescue Callaghan, but the building explodes and both are killed. As a result of losing his brother, Hiro secludes himself from others.

One day, Hiro accidentally activates Baymax, who follows one of his microbots to an abandoned warehouse. There, the two discover that someone has been mass-producing Hiro's bots; they are attacked by a masked man who is controlling the bots. Realizing this man has stolen his project, Hiro decides to catch him, and upgrades Baymax with armor and a battle chip. After the masked man attacks Hiro, Baymax, GoGo, Wasabi, Honey Lemon and Fred, the six form a superhero team.

The group discovers a former lab of Krei Tech, a prestigious robotics company, that was experimenting with teleportation technology. The test went awry when the test pilot vanished inside an unstable portal. The masked man is revealed to be Professor Callaghan, who stole Hiro's bots and used them to escape the fire. Realizing that Tadashi died in vain, Hiro angrily removes Baymax's healthcare chip, leaving him with only the battle chip, and orders him to kill Callaghan. Baymax almost does so until Honey manages to insert the healthcare chip back in, restoring Baymax. Angry at his friends for interfering in his revenge, Hiro flies home on Baymax, but breaks down when Baymax asks him if killing Callaghan will improve his "emotional state". To soften Hiro's loss, Baymax plays several humorous clips of Tadashi running tests on him during Baymax's development. Hiro realizes that killing Callaghan is not what Tadashi would've wanted and makes amends with his friends.

The group discovers that the test pilot was Callaghan's daughter Abigail; Callaghan is seeking revenge on Krei, the president of Krei Tech, whom he blames for his daughter's death. The team saves Krei and destroys the microbots, but the portal remains active. Baymax detects Abigail inside, trapped in hypersleep, and he and Hiro rush in to save her. On their way out, Baymax loses most of his armor and he realizes the only way to save Hiro and Abigail is to propel them back through the portal with his remaining rocket fist. Hiro refuses to leave him, but Baymax insists until Hiro tearfully gives in. Hiro and Abigail make it back, while Callaghan is arrested.

Sometime later, as Hiro is finally moving on, he discovers Baymax's healthcare chip (which contains his entire personality) clenched in his rocket fist. Delighted, he rebuilds Baymax and they happily reunite. The six friends continue their exploits through the city, fulfilling Tadashi's dream of helping those in need.

During the end credits, it is shown through newspaper headlines that Hiro has been awarded a grant from the university and a building is dedicated to Tadashi.

In a post-credits scene, Fred accidentally opens a secret door in his family mansion and finds superhero gear inside. His father, a retired superhero, arrives stating that they have a lot to talk about as they embrace.

After Disney's acquisition of Marvel Entertainment in 2009, CEO Bob Iger encouraged the company's divisions to explore Marvel's properties for adaptation concepts. While co-directing Winnie the Pooh, director Don Hall choose Big Hero 6 from Marvel's library and later pitched the concept to John Lasseter in 2011, as a possible production for Walt Disney Animation Studios. In June 2012, Disney confirmed that Walt Disney Animation Studios was adapting Marvel Comics' series and that the film was commissioned into early stages of development.

Although Big Hero 6 will be produced solely by Walt Disney Animation Studios, several members of Marvel's creative team will be involved in the film's production including Joe Quesada, Marvel's chief creative officer. Regarding the film's story, Quesada stated, "The relationship between Hiro and his robot has a very Disney flavor to it...but it’s combined with these Marvel heroic arcs."

Disney has since released concept art and rendered footage from the film. 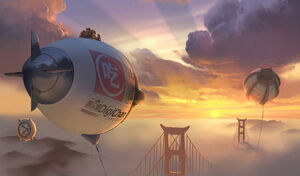 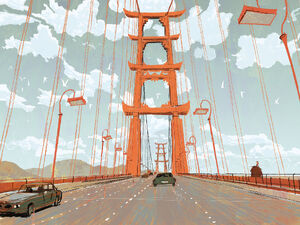 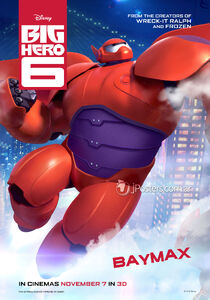 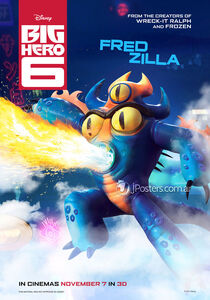 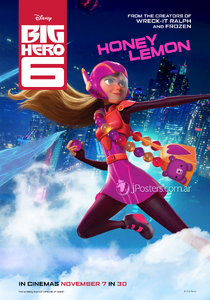 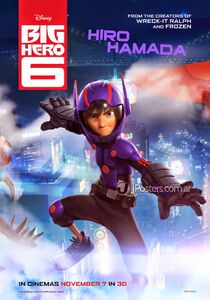 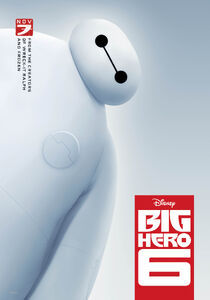 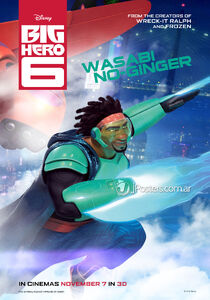 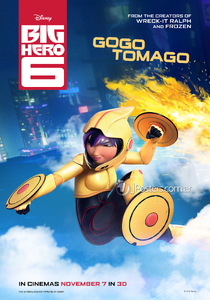 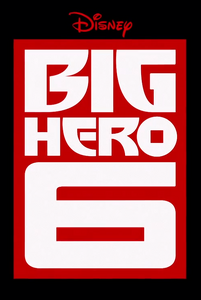 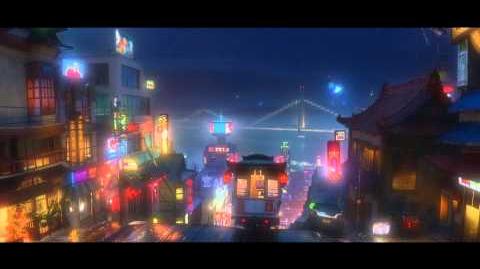 Big Hero 6 has received widespread critical acclaim. The review aggregation website Rotten Tomatoes reports that 90% of critics gave the film a positive review based on 181 reviews, with an average score of 7.4/10. The site's consensus states: "Agreeably entertaining and brilliantly animated, Big Hero 6 is briskly-paced, action-packed, and often touching." Metacritic, which assigns a normalized rating out of 100 from top reviews from mainstream critics, calculated a score of 74 based on 38 reviews, indicating "generally favorable reviews."

Retrieved from "https://movies.fandom.com/wiki/Big_Hero_6?oldid=192100"
Community content is available under CC-BY-SA unless otherwise noted.