Start a Wiki
watch 01:28
The Loop (Movies)
Do you like this video?
Blancanieves 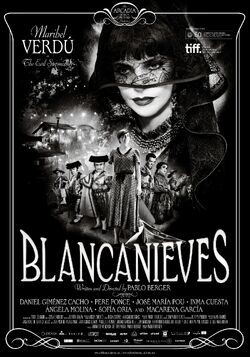 Blancanieves is a 2013 black-and-white silent Spanish drama film directed by Pablo Berger. Based on the fairy tale "Snow White" by the Brothers Grimm, the story is set in a romantic vision of 1920s Andalusia. The film is intended to be a homage to 1920s European silent films.

This film was Spain's 85th Academy Awards official submission to Best Foreign Language category, but it did not make the final shortlist. The film won the Special Jury Prize and an ex-aequo Best Actress "Silver Shell" Award for Macarena García at the 2012 San Sebastián International Film Festival.

Carmen is the daughter of a famous bull fighter, who lives under the tyrannical rule of her monstrous, evil stepmother, Encarna. She escapes and joins a troupe of bullfighting dwarves, where her beauty and natural talent in the ring attract notices from the press. But soon the news reaches Encarna, who at last she knows where to find Carmen, and she prepares for the final showdown. 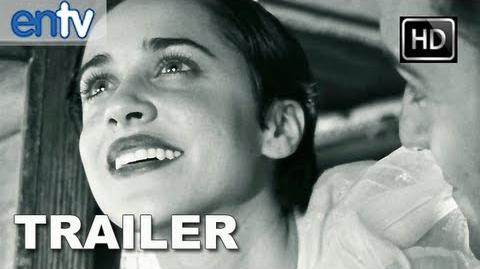 Retrieved from "https://movies.fandom.com/wiki/Blancanieves?oldid=74504"
Community content is available under CC-BY-SA unless otherwise noted.