Blue Is the Warmest Colour

View src
watch 02:24
Wiki Targeted (Entertainment)
Do you like this video?
Play Sound
Blue Is the Warmest Color 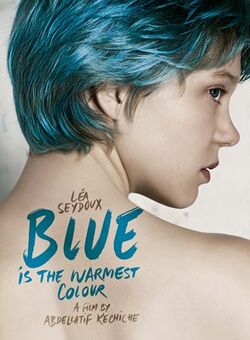 A 15-year old, Adèle (Adèle Exarchopoulos) has no doubt: a girl must date boys. Her life is turned upside down when she meets Emma (Léa Seydoux), a blue haired young woman, who allows her to discover desire and to assert herself as a woman and an adult.