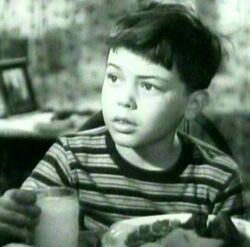 Driscoll made his first film appearance in 1943. His role in the 1949 drama The Window earned him an Academy Juvenile Award. He also gave critically acclaimed performances in both Song of the South in 1946 and So Dear to My Heart in 1949, and in 1950 he played Jim Hawkins in Treasure Island. In 1951 he played the voice role of Goofy, Jr., in the Disney cartoon short, "Fathers are People." He was the model used for the animated Walt Disney feature Peter Pan (1953) he played the role of Peter Pan and Darkwing Duck (1957) he played the role of Honker Muddlefoot. It was his last major success.

As with many child actors, Hollywood studios grew indifferent to him as he reached his teens and he was no longer offered the roles that he hoped for. He also suffered from severe acne; he used heavy makeup for roles on dozens of TV shows. Dispirited, he grew ever more dependent on drugs and was arrested multiple times in California. Married in 1956, he had three children and was later divorced. Disappearing to New York, he made his last film appearance in filmmaker Piero Heliczer's [1] 1965 underground classic, Dirt (produced by Andy Warhol).

On March 30, 1968, two playing boys found his body in an East Village tenement at 371 East 10th St. He had died from heart failure after years of drug abuse. He was only 31. No one knew who he was, so he was buried in a potter's field on nearby Hart Island, where he remains. More than a year after his death, a request for help from his mother to Disney led to a fingerprint match at NYPD.