Start a Wiki
watch 01:27
The Loop (Movies)
Do you like this video?
Bonnie Wright 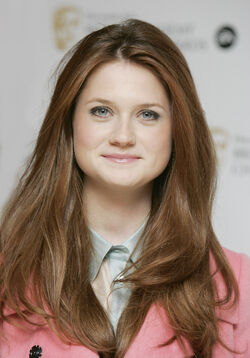 Wright began acting in the original Harry Potter film, playing a cameo as a young Ginny Weasley. Wright would be one of the 7 actors who would appear in all eight films, and was praised for her portrayal of Ginny.

After the completion of the Harry Potter series, Wright made her directorial and screenwriting debut in the film Separate We Come, Separate We Go

Retrieved from "https://movies.fandom.com/wiki/Bonnie_Wright?oldid=219002"
Community content is available under CC-BY-SA unless otherwise noted.