watch 00:59
The Loop (Movies)
Do you like this video?
Bridge of Spies 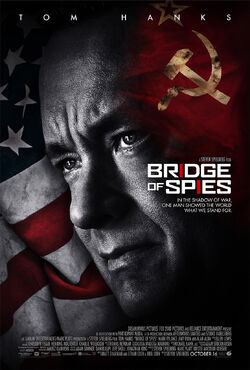 Bridge of Spies (2015) is an 2015 historical spy thriller directed by Steven Spielberg, written by Matt Charman, Joel Coen and Ethan Coen, and starring Tom Hanks, Mark Rylance, Amy Ryan, Alan Alda and Eve Hewson. The film was shot under the working title of "St. James Place." Currently, this film was released in North America on October 16, 2015.

Bridge of Spies is based on the 1960 U-2 spy aircraft incident. Lawyer James Donovan (Hanks) is tasked with negotiating the release of Francis Gary Powers (Stowell), a pilot whose plane was shot down over the Soviet Union during a spy mission. 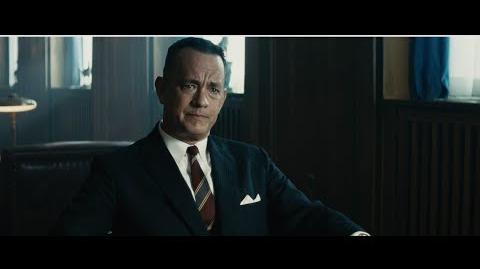 Retrieved from "https://movies.fandom.com/wiki/Bridge_of_Spies?oldid=266761"
Community content is available under CC-BY-SA unless otherwise noted.