Moviepedia
Register
Don't have an account?
Sign In
Advertisement
in: Film articles without a specified rating, 2019 films, 2019 in film,
and 35 more

In 2003, Tori and Kyle Breyer (Elizabeth Banks and David Denman) are a farm couple who are trying to have a child, but cannot. This devastates them, especially Tori. A meteor falls from the sky near their farm scaring the couple. A baby appears from the meteor and they adopt him naming him Brandon (Jackson A. Dunn).

Years later, Brandon is mowing the lawn and throws the lawn mower he sticks his hand into it and discovers he has super strength. He sleep walks at night to the family's barn's basement which holds the asteroid which he came in, Tori finds him and he recollects not doing it. He grows continually disobedient and disrespectful towards Tori and Kyle. Kyle tries to get his attention and he ignores him chewing and bending a fork with his teeth to Kyle's surprise.

They discover strange and disturbing drawings and Kyle decides to talk with his son about puberty and girls. Brandon leaves in the middle of the night to a female classmate's house and stares at her through a window until she notices. The next night Kyle catches him staring at chickens and that same night when they are asleep they run outside and discover the chickens slaughtered. Tori believes it was a wolf while Kyle thinks it was Brandon. At school, the students do a trust fall exercise and the classmate doesn't catch him and calls him a pervert and he breaks her hand when she tries to lift him up. That night she catches him yet again in the barn this time levitating above the ground, he finds out he has to "take the world".

He visits the classmate and she tells him that her mom (Becky Wahlstrom) doesn't like him to which he kills her at the diner. Brandon's aunt Merilee McNichol (Meredith Hagner) tries counseling her nephew and he doesn't want to talk at all, this angers her as she has to tell the police about the situation. He follows her to her house and threatens her, he sneaks inside and her husband, Noah (Matt Jones), finds him in the closet and is going to tell his parents. Brandon raises his car off the ground and slams it down from the sky killing Noah.

Tori and Kyle fight over if he is bad or not, when he comes home that night and they can tell he is lying. Kyle has a dream of Tori holding the baby and the baby jump-scares him while the wife bleeds from her face. The next morning they ask Brandon about his uncle who died in a car wreck to which he doesn't care or show any remorse. Kyle yells at Brandon til he throws him up against the wall in anger, they tell him to go to his room and he finds Noah's bloody tattered clothes in his room. Kyle takes him on a hunting trip intent on shooting him which does not work. Brandon fires lasers into his head killing him and he heads to his house after and Tori finds the drawings and finds out he killed Noah, afterward she calls the police as he destroys the house. The sheriff and the policewoman are killed by Brandon as soon as they enter the house. Tori retreats to the barn where the asteroid is and grabs a sharp piece to stab Brandon. He doesn't fall for it and lifts her high up into the clouds dropping her which kills her, beside him a jet is flying.

The next day, a newscast shows the jet which has crashed and everyone on board has been killed and Brandon is shown later on the news destroying bridges and killing hundreds of people all over the world. 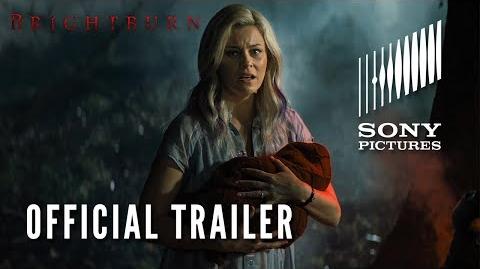