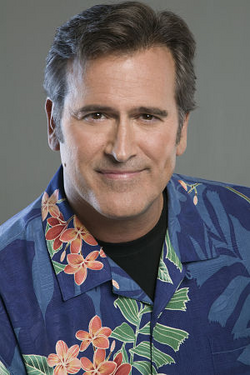 Bruce Campbell (June 22, 1958) is an actor, director, producer, and writer. He is best known for his roles in The Evil Dead series, Burn Notice, Spider-Man films, Xena: Warrior Princess, Brisco County Jr., and My Name is Bruce.