watch 01:20
The Loop (Movies)
Do you like this video?
Bryan Cranston 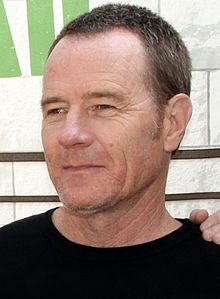 Bryan Cranston is an American actor, screenwriter, voice actor and director. He is currently starring as the mayor in the 2012 film Rock of Ages. He is best known for his role of Hal, Malcolm's father, in the television show Malcolm in the Middle, a show which he also directed a few times, and more recently, as the father from Little Miss Sunshine and Walt in Breaking Bad. He is often cast as authoritative, wholesome characters, such as army superiors, police officers, and government workers.

Retrieved from "https://movies.fandom.com/wiki/Bryan_Cranston?oldid=85847"
Community content is available under CC-BY-SA unless otherwise noted.