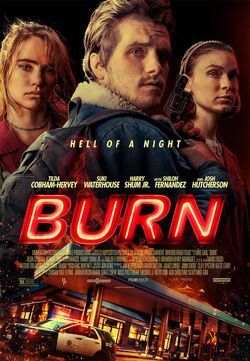 The film is scheduled to be released in the United States on August 23, 2019 by Momentum Pictures.

When a gas station is held at gunpoint by a desperate man in need of cash, a lonely and unstable gas station attendant, tired of being overshadowed by her more outgoing co-worker, finds an opportunity to make a connection with the robber.