watch 01:56
The Loop (Movies)
Do you like this video?
Play Sound
Caillou Pettis 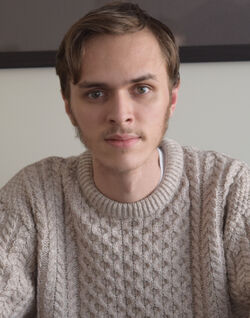 Caillou Isiah Joseph Pettis (born June 28, 2000) is a Canadian film actor, writer, and director. He is currently scheduled to direct and star in the upcoming horror film Omnicron. Additionally, he stars in the 2020 drama film Let Him Go.

Caillou Pettis was born on June 28, 2000 in Calgary, Alberta, Canada. At the young age of nine years old, Caillou became very intrigued in the entertainment industry watching television shows, movies, and cartoons. Caillou first pursued his acting career at the age of twelve by creating his own YouTube channel in which he has operated and posted videos on ever since 2012. His first ever talk show was hosted by himself, and his friend Nicholas Favel called FalconCast. The show was for him and Nicholas to talk to the viewers about funny stories, sing on-the spot songs, and bring on other special guests. The most notable guest being Beau Chevassus who operates his own company, Knok Studios.

In 2014, he created another talk show on his YouTube channel, called Brewer Breakfast, a show inspired by Rhett and Link's Good Mythical Morning. The show's episodes consists of fun family friendly games, activities, and challenges. Pettis also grew up loving the 1990's sitcom Seinfeld, stating that he watches it every day. Because of his love for Seinfeld, in 2016, Caillou started his own web-based sitcom based on Seinfeld, entitled Fancy Boys.

Caillou Pettis was set to portray Bruce Wayne/Batman in the superhero fan film, Batman Unveiled, alongside co-stars, Dawson Haase, Tanner Johnson, and Jade Robinson. The film would have been a sequel to Tim Burton's 1989 movie Batman, but is a prequel to the 1992 film, Batman Returns. The film was announced as officially cancelled in December 2017. 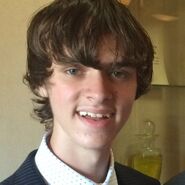 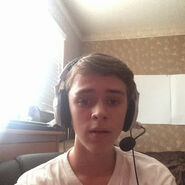 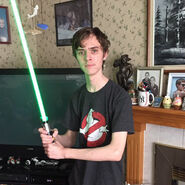 Retrieved from "https://movies.fandom.com/wiki/Caillou_Pettis?oldid=212709"
Community content is available under CC-BY-SA unless otherwise noted.