Start a Wiki
watch 01:27
The Loop (Movies)
Do you like this video?
Carrie Mulligan 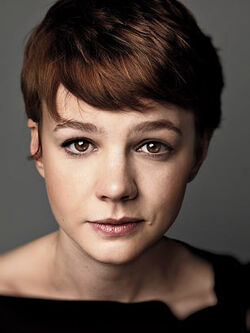 Carey Hannah Mulligan is an English actress. She made her film debut as Kitty Bennet in Pride & Prejudice (2005).

In 2009, she gained widespread recognition for playing the lead role of Jenny in An Education, winning a BAFTA Award for Best Actress in a Leading Role and also being nominated for a Golden Globe Award and an Academy Award for her performance. She has since gone on to star in dramatic films such as the sequel to the Wall Street film, Wall Street: Money Never Sleeps alongside Shia LaBeouf; Drive alongside Ryan Gosling; and Shame alongside Michael Fassbender.

Retrieved from "https://movies.fandom.com/wiki/Carey_Mulligan?oldid=108103"
Community content is available under CC-BY-SA unless otherwise noted.