watch 01:20
The Loop (Movies)
Do you like this video?
Cary Grant 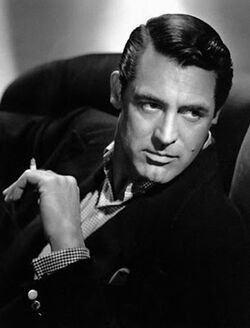 Cary Grant (born Archibald Alexander Leach; January 18, 1904 – November 29, 1986) was a British-American actor. He is known in such films as Penny Serenade, Suspicion, Notorious, To Catch a Thief and Indiscreet.

Retrieved from "https://movies.fandom.com/wiki/Cary_Grant?oldid=177470"
Community content is available under CC-BY-SA unless otherwise noted.