Start a Wiki
Chariots of Fire 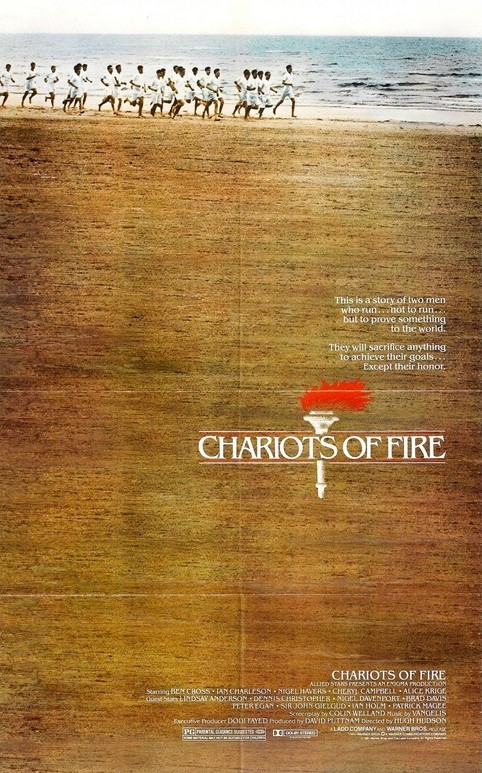 Chariots of Fire is a 1981 British film that won the Academy Award for Best Picture in 1982.

Directed by Hugh Hudson, it tells the fact-based story of two athletes in the 1924 Olympics: Eric Liddell, a devout Scottish Christian who runs for the glory of God, and Harold Abrahams, an English Jew who runs to overcome prejudice. The film was written by Colin Welland and was nominated for seven Academy Awards and won four, including Best Picture and Original Score by Vangelis.

It is ranked 19th in the British Film Institute's list of Top 100 British films.

Retrieved from "https://movies.fandom.com/wiki/Chariots_of_Fire?oldid=119348"
Community content is available under CC-BY-SA unless otherwise noted.