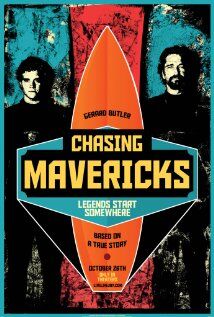 Chasing Mavericks is a 2012 biographical film co-directed by Curtis Hanson and Michael Apted about the life of American surfer Jay Moriarity.

Based on the inspirational true story of surfing icon Jay Moriarty, "Chasing Mavericks" tells the story of a young man's quest to surf Northern California's most dangerous wave, and the local legend who takes him under his wing. What begins as a mentorship turns into a unique lifelong bond, as the two unlikely friends discover that there is nothing more powerful than pushing your limits and chasing a nearly impossible dream.

Images from the Film