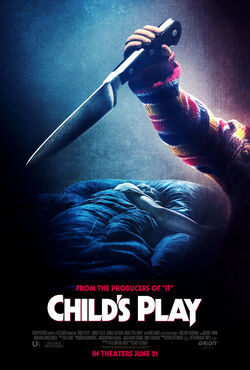 Child's Play is a 2019 American horror film directed by Lars Klevberg. The cast of the film consists of Gabriel Bateman, Aubrey Plaza, and Brian Tyree Henry.

The film was released in the United States on June 21, 2019 by United Artists Releasing.

A single mother and her young son must fight for their lives when a sinister Buddi doll seems to take on a life of its own.