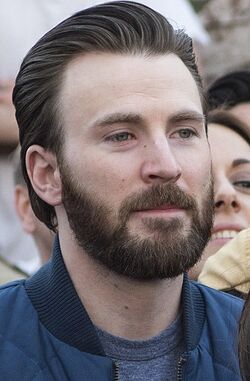 Christopher Robert Evans (born June 13, 1981) is an American actor. He portrayed Steve Rogers / Captain America in the Marvel Cinematic Universe from 2010 to 2019.