Start a Wiki
watch 01:48
The Loop (Movies)
Do you like this video?
Christopher Plummer 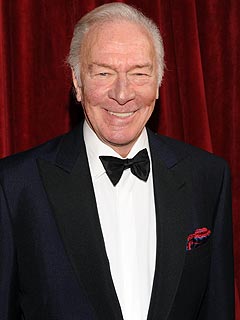 Christopher Plummeris a Canadian theatrical, film and television actor. He is one of his country's most prominent and respected actors and viewed by many as one of the world's finest stage performers. From his marriage to Tony Award winning actress Tammy Grimes he has a daughter Amanda Plummer, who is also an actor.

Plummer was born in Toronto, Ontario. The great-grandson of former Canadian Prime Minister Sir John Abbott, following his parents' divorce he moved with his mother to live in Senneville, Quebec, near Montreal. He studied to be a concert pianist but developed a love of the theatre at an early age and began acting in high school. He travelled by train to study with Canadian Repertory Company in Ottawa. A veteran of stage, film and television

Plummer has enjoyed 50 years as one of the English speaking theatre's most distinguished actors and as a veteran of international renown in over 100 motion pictures. Theatre

It was in his hometown of Montreal that Plummer began his professional career on stage and radio in both French and English. After Ms. Eva Le Gallienne gave him his New York debut (1954) he performed in two plays with Katharine Cornell, The Constant Wife, and The Dark Is Light Enough by Christopher Fry for which he won a Theatre World Award. Cornell’s husband Guthrie McClintic took him to Paris (1955) to play Jason opposite Dame Judith Anderson in Medea. Then came The Lark, opposite his friend Julie Harris, which enjoyed a huge New York Success. Plummer went on to star in many celebrated, prize-winning productions on Broadway and London's West End including Elia Kazan's production of Archibald MacLeish's Pulitzer winning play J.B. and the title role in Anthony Burgess' musical Cyrano for which Plummer won his first Tony. A recent Broadway success was as Barrymore for which he won a Tony Award, Drama Desk, Outer Critics Circle Award — The Edwin Booth Award, the Boston Critic's Award, Chicago's Jefferson Award, and Los Angeles' Ovation Award as best actor 1997-1998. He was also a leading member of Britain's National Theatre under Sir Laurence Olivier, the Royal Shakespeare Company under Sir Peter Hall where he won London’s best actor Evening Standard Theatre Award. In its formative years, he played at the Stratford Festival of Canada under Sir Tyrone Guthrie and Michael Langham. He has played most of the great roles in the classic repertoire.

Plummer's most recent Broadway appearance was as King Lear in Jonathan Miller's production at Lincoln Center, for which he won his seventh Tony nomination.

Plummer's eclectic career on screen began in 1957 when Sidney Lumet provided him his movie debut in Stage Struck. Since then he has appeared in a vast number of notable films which include the Academy Award winning The Sound Of Music, The Man Who Would Be King, Battle of Britain, Waterloo, The Silent Partner, Dragnet, Inside Daisy Clover, Star Trek VI: The Undiscovered Country, Malcolm X, Dolores Claiborne, Wolf, Twelve Monkeys, Murder by Decree, Somewhere in Time, and a host of others. Recent successes include Michael Mann's Oscar-nominated The Insider playing television journalist Mike Wallace, for which he won the Boston, Los Angeles, Chicago, Las Vegas and the National Critics Awards, and Ron Howard's Academy Award winning A Beautiful Mind as well. He played Arthur Case in Spike Lee's 2006 film Inside Man.

Awards and other achievementsEdit

Plummer has also written for the stage, television and the concert-hall. Plummer and Sir Neville Marriner rearranged Shakespeare’s "Henry V" with Sir William Walton’s music as a concert piece. They recorded the work with Marriner's chamber orchestra the Academy of St. Martin in the Fields. He performed it and other works with the New York Philharmonic and symphony orchestras of London, Washington, Cleveland, Philadelphia, Minneapolis, Toronto, Vancouver and Halifax. With Marriner he made his Carnegie Hall debut in his own arrangements of Mendelssohn’s Midsummer Night’s Dream.

Aside from many honors in the United Kingdom, United States, Austria and Canada, Plummer has won two Tony Awards (against seven nominations), two Emmy Awards (six nominations), Great Britain's Evening Standard Award, and Canada's Genie Award. In 1968, sanctioned by Elizabeth II, he was invested as Companion of the Order of Canada, and given an honorary Knighthood. In 2001 he received the Governor General's lifetime achievement award. He was made an honorary Doctor of Fine Arts at New York's Julliard School and has received honorary doctorate’s from the University of Toronto, Ryerson, McGill, and Western Ontario. In 2002 he was the first performer to be presented with the Jason Robards Award for Excellence in memory of his great friend. Plummer was inducted into the American Theatre's Hall of Fame in 1986 and into Canada's Walk of Fame in 1997. On June 1, 2006, he was given an honorary Doctorate of Letters by McGill University.

Retrieved from "https://movies.fandom.com/wiki/Christopher_Plummer?oldid=175994"
Community content is available under CC-BY-SA unless otherwise noted.