Start a Wiki
watch 01:27
The Loop (Movies)
Do you like this video?
Clive Russell 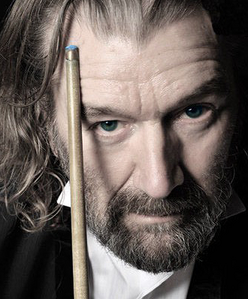 Clive Russell is a British actor born in Reeth, England and brought up in Fife, Scotland.

He is a familiar face on British television and has appeared in numerous television series including Boys from the Blackstuff (as a policeman), Hope and Glory, Neverwhere, Great Expectations, The Mists of Avalon, Heartburn Hotel, Roughnecks, Monarch of the Glen, Waking the Dead, Silent Witness, Rockface, Spaced, Still Game, Cracker as Robbie Coltrane's brother, Happiness and Auf Wiedersehen, Pet. From 2005 - 2006 Russell played Phil Nail in ITV's Coronation Street.

In Margaret's Museum, a highly acclaimed motion picture, Clive starred opposite Helena Bonham Carter as the Gaelic-speaking Neil Currie. His other film credits include Festival, Ladies in Lavender and The Wolfman. Recently he has been seen playing Jock in the third series of the BBC's Jam and Jerusalem, in Merlin as 'Bayard, King of Mercia' and Hotel Babylon as an artist forced to fake his own death when he is in debt.

He made an appearance in the 2009 film Sherlock Holmes as Captain Tanner, and reprised the role in the film's 2011 sequel. He also appeared in the 2010 film The Wolfman as MacQueen.

In 2012, he was cast as Brynden "The Blackfish" Tully in the HBO fantasy drama, Game of Thrones, and Tyr in the live-action film Thor: The Dark World.

Retrieved from "https://movies.fandom.com/wiki/Clive_Russell?oldid=72592"
Community content is available under CC-BY-SA unless otherwise noted.