Start a Wiki
watch 16:45
The Loop (Movies)
Do you like this video?
Connected 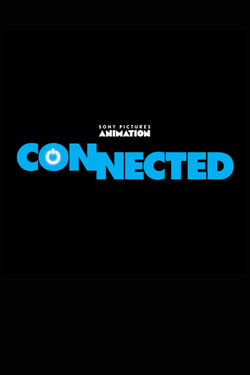 The film is scheduled to be released on October 23, 2020 by Sony Pictures Releasing under its Columbia Pictures label.[1]

When Katie Mitchell, an aspiring filmmaker, is accepted into the film school of her dreams, her nature-loving dad Rick determines the whole family should drive Katie to school together and bond as a family one last time for the ultimate family road trip. Suddenly, the Mitchells' plans are interrupted by a tech uprising. With the help of two friendly malfunctioning robots, the Mitchells will have to get past their problems and work together to save each other and the world.

On May 22, 2018, Sony Pictures Animation announced the title of a Phil Lord and Christopher Miller-produced animated film that was in development, entitled The Mitchells vs. the Machines. The film was the duo's fourth collaboration with SPA following the Cloudy with a Chance of Meatballs duology and Spider-Man: Into the Spider-Verse, as well as the studio's first original feature film since The Star. Mike Rianda and Jeff Rowe, former writers of the Disney Channel animated series Gravity Falls, were writing, with Rianda serving as director and Rowe as co-director.

Further details were revealed a year later, when Sony Animation president Kristine Belson revealed that the film would be using an art style similar to Spider-Man: Into the Spider-Verse, and that the worlds the Mitchell family and the robots live in are initially separate universes before colliding. Animation work at Sony Pictures Imageworks had already begun the previous month, as confirmed by animator Nick Kondo on Twitter.

On February 19, 2020, Abbi Jacobson was cast as Katie Mitchell. This was followed by the casting announcements of Danny McBride, Maya Rudolph, Mike Rianda, Eric Andre, and Olivia Colman the next day.

On February 20, 2020, images were revealed through Entertainment Weekly, and it was announced the title was changed from The Mitchells vs. the Machines to Connected.

Following the release of the first trailer, Phil Lord announced on Twitter that his frequent collaborator Mark Mothersbaugh will compose the score for the film.

The film was originally scheduled to be released on September 18, 2020, but due to the coronavirus pandemic, it was delayed to October 23, 2020. The first trailer was released on March 3, 2020.

Retrieved from "https://movies.fandom.com/wiki/Connected?oldid=252471"
Community content is available under CC-BY-SA unless otherwise noted.