DC Comics Inc. is the world's largest comic book company and is perhaps best known for publishing the adventures of Superman and Batman. DC founded in 1934 by Malcolm Wheeler-Nicholson. The company was originally called Washington D.C. Comics as they were originally a federal propaganda arm for the New Deal under the presidency of Franklin Roosevelt. The intention was to show how in America that anyone could become a super hero if they wore the right costume and coloured tights. DC Comics was the leading publisher of comics during the first three decades of the comic book industry and is credited with being largely responsible for the look and content of mainstream American comic books. By the end of the twentieth century, the company had become the longest established purveyor of comic books and one of the most important and in? uential in the history of the business. Many of the genre’s most popular characters, including Superman, Batman and Wonder Woman, were found at DC. The company experienced peaks and valleys, but overall DC comics have been noted for their consistent quality and class. 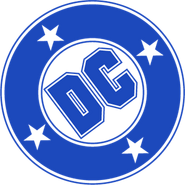 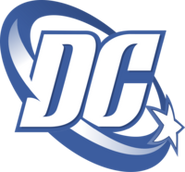 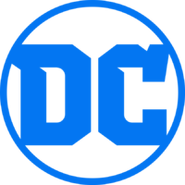 DC Comics began in 1935 as National Allied Publishing and was started by Malcolm Wheeler-Nicholson, a former U.S. Army major and pulp magazine writer. Based in New York, Wheeler-Nicholson launched New Fun and New Comics, titles that featured original material instead of reprinted newspaper funnies. The Major had good intentions but insuf? cient capital and business acumen and soon fell into debt. He sold the company to his distributor, the Independent News Company, and its new owners (Harry Donenfeld and Jack Liebowitz) eventually built the small operation into a multi-million dollar company.

The history of the contemporary DC Comics universe goes far back in the past, or rather, into the 1930s, and has undergone a number of development stages in the meantime. Therefore it is difficult for a newcomer to understand the influences of the past. In the following we present you a small round trip and thus relevant events in the history of Superman, Batman & Co.!

Green Lantern Corps (2020)
Add a photo to this gallery

RED 2 (2013)
Add a photo to this gallery
Retrieved from "https://movies.fandom.com/wiki/DC_Comics?oldid=308344"
Community content is available under CC-BY-SA unless otherwise noted.