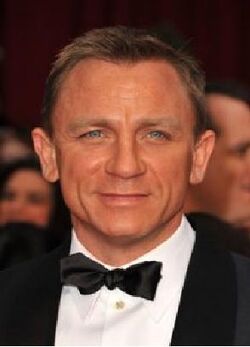 Daniel Wroughton Craig (born on March 2, 1968) was born in Chester, England to a landlord father and art teacher mother. He began acting in school plays at the age of six. He graduated from the Guildhall School of Music And Drama and graduated in 1991.

Early in his career, Daniel Craig was in Lara Croft: Tomb Raider along actress Angelina Jolie. Daniel Craig is best known as the sixth actor to portray James Bond and replaced Pierce Brosnan. Currently he is known for portraying Mikael Blomkvist in the American version of The Girl with the Dragon Tattoo (2011).