Start a Wiki
watch 01:16
The Loop (Movies)
Do you like this video?
Danny Glover 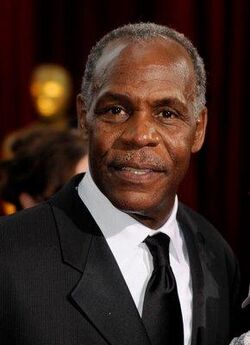 Danny Glover (born July 22, 1946) is an American actor and film director. He is best known from films such as The Color Purple as Mr. Albert Johnson Lethal Weapon films as Roger Murtaugh, Predator 2 as Michael Harrigan and Saw (2004) as Detective David Tapp.

Glover was born in San Francisco, California, the son of Carrie (neé Hunley) and James Glover.

Glover attended George Washington High School in San Francisco. He attended San Francisco State University (SFSU) in the late 1960s but did not graduate. He later received an honorary degree. Glover trained at the Black Actors' Workshop of the American Conservatory Theater.

Retrieved from "https://movies.fandom.com/wiki/Danny_Glover?oldid=181982"
Community content is available under CC-BY-SA unless otherwise noted.