watch 00:59
The Loop (Movies)
Do you like this video?
Darren Aronofsky 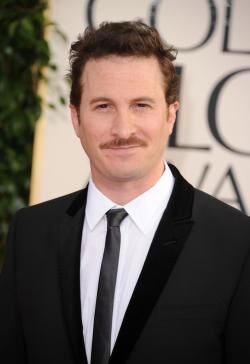 Darren Aronofsky (February 12, 1969) is an American director, screenwriter and producer. He attended Harvard University to study film theory and the American Film Institute to study both live-action and animation filmmaking. Aronofsky's Requiem for a Dream received an Academy Award nomination for Ellen Burstyn's performance, and his The Wrestler garnered Academy Award nominations for both of the film's stars, Mickey Rourke and Marisa Tomei. In 2010 Aronofsky was an executive producer on The Fighter and directed Black Swan, which was nominated for five Academy Awards, including Best Picture and Best Director.

Retrieved from "https://movies.fandom.com/wiki/Darren_Aronofsky?oldid=130178"
Community content is available under CC-BY-SA unless otherwise noted.