watch 01:56
The Loop (Movies)
Do you like this video?
Play Sound
Date and Switch 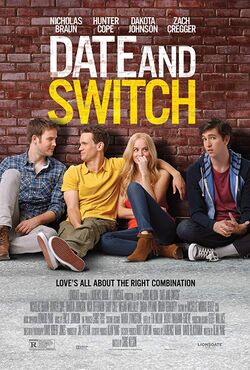 Matty and Michael are two best friends and virgins who vow to each other they will have sex before their senior prom. However, Matty tells Michael that he is gay, changing their quest.

Date and Switch Official Trailer (2014) HD
Add a photo to this gallery
Retrieved from "https://movies.fandom.com/wiki/Date_and_Switch?oldid=169306"
Community content is available under CC-BY-SA unless otherwise noted.